The two faces of Kickstarter
Filed under: — Psychochild @ 10:00 PM

Kickstarter has been a game changer, pretty literally. As I’ve written in a series of articles over on Shoost, crowdfunders are taking the place of publishers for game projects, and the consequences of that are.

But, precisely what are backers getting out of a project? That’s a surprisingly deep question. Let’s take a look at what people think they are getting when they back a project.

Big news recently was Facebook acquiring Oculus. This would be just another everyday business transaction in the tech industry, except for one little complication: the highly successful Oculus Rift Kickstarter campaign.

The issue is that people saw Oculus as the scrappy underdog that would bring about an open VR platform supplied with a few million dollars from fans. Instead, it gets absorbed into the latest company people love to hate (and are even starting to even loathe). Some people got very upset. 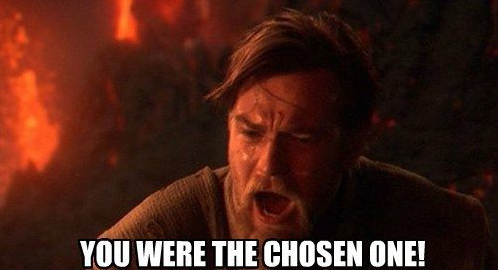 I saw this image a lot. This is how some KS backers felt.

Other people were confused by this “sense of entitlement.” Of course a company is going to sell itself to a big company for $2 billion! KS backers got what was promised to them, and anything else was just a fantasy! But, I’m not so sure its as simple as that.

I think these two points of view demonstrate the two perspectives on what it means to back a crowdfunding campaign.

Bringing something cool to life

VR hasn’t exactly had the most glamorous history. There were the heavy helmets and poor tracking of early game systems available in some arcades. There was the unloved Virtual Boy that is the butt of many Nintendo jokes. There was VRML….

But, along comes a company that has a lot of potential. They do a Kickstarter campaign, riding the initial wave of enthusiasm after the Double Fine campaign raises an amazing amount of money. Best of all, they seem to want to open the platform to as many developers as possible. VR has a real chance this time, and instead of being a walled garden it could be something that everyone enjoys.

Some people saw the Kickstarter campaign as a way to bring something so cool and with so much potential into being. Without their support, the Oculus Rift would have been delayed, or perhaps even canceled entirely. People invested in the vision of what the company seemed to be promising. They saw themselves as investors picking a diamond in the rough, and the success of the campaign was validation.

So, to these people the sale to Facebook feels like a betrayal. First, Facebook threatens the open nature of the project that was promoted heavily. As a friend linked to me, Facebook makes their money by being an obstacle. The Facebook acquisition is likely to close off more than it makes available.

There’s also the question of return on investment. When you’re supporting the scrappy underdog with financial support, you’re happy with your payoff being the warm glow of doing the right thing. When the word “billions” gets thrown around to purchase something you supported, that warm glow fades and you wonder why you spent so much money on a gizmo guaranteed to be obsolete.

The other dominant perspective is that backing a Kickstarter campaign is like placing a pre-order. You’re placing money down for something not widely available yet, in the expectation that you will get it sooner than you could otherwise, perhaps with a few specific perks thrown in. But, this gives you no special advantage beyond what’s stated in the campaign. It’s a business transaction, pure and simple, with nothing guaranteed beyond what is written as a backer reward.

The “pre-order” mentality seems to be a much more modern interpretation. A lot of the earliest Kickstarter game projects were little indie games looking for a small amount of money to get finished. Often these projects were made freely available afterwards, you just got that warm glow as a way of thanks, and perhaps some unique bit of swag. But, as Kickstarter campaigns have become bigger, I think the “pre-order” frame of mind has become more prevalent.

Looking at the larger picture

It might be interesting to look at these two perspectives when it comes to something smaller than a company selling itself to Facebook. Let’s take a look at what it means if a campaign fails to deliver on its promises.

If you’re supporting something cool, you’re less likely to be upset. There is always risk for highly creative efforts like games. Sometimes you have all the right elements: experienced developers, an intriguing idea, and the money from the campaign. But it never quite comes together. It might be that the idea proved more complex than originally thought. It might be that the developer doesn’t attract the right people to realize the vision. Not that you like wasting money, but you understood the risk was there.

However, if you feel like you’re placing a pre-order, you’ll probably be more upset if a project doesn’t deliver. You might demand your money back, just like you would if GameStop didn’t fulfill your pre-order for a hot new console game. The failure of the project should not take your money for nothing in return. This perspective views the support less in terms of risk and more in terms of a purchase, and as a business transaction the person paying money expects to be given what they ordered.

I think the biggest problem is that many people seem to be happy to have it both ways. In the case of Oculus, their pitch felt very much like they wanted grassroots support for something that wasn’t going to be made by established companies, at least originally. But, with the Facebook purchase they can treat it like a glorified pre-order. Which is fine if that’s what you went in expecting, but I wonder how many people were really that excited about buying first-generation tech for the sake of buying the tech.

I’m not sure you could say that one perspective or the other is more accurate, especially given the evolving history of Kickstarted games. I think the truth is probably somewhere between these two viewpoints, and depends on what is being offered. A company offering a spiritual successor to a game that the creator original made is making a different proposition compared to the lesser known person who has a crazy idea and wants to see if others are willing to help make it a reality.

So, I think it’s important for the individual to understand what they’re supporting. Backing a game from a currently unfashionable genre is different than backing a game from someone who could pretty easily land a traditional publishing deal. Backing a quirky indie game is different than backing an investor-backed company pitching the opportunity to own some early hardware. Just because something is on Kickstarter doesn’t mean you can necessarily make assumptions about the motivations and eventual goals of the company pitching the campaign.

This doesn’t absolve the people and companies who run the campaigns, however. People looking for crowdfunding should be up front about what they want to accomplish. Be clear about what people are getting, and be explicit. Crowdfunding campaigns should realize that if they exploit people’s goodwill, it may come back to bite them if you you sell out to Facebook down the road.

So, what do you think? Do you view most crowdfunding campaigns as investing your money in something cool without a guarantee of a return on investment, or do you prefer to view it as simple pre-orders? Or do you see it as somewhere in between?


RSS feed for comments on this post.
TrackBack URI: http://psychochild.org/wp-trackback.php?p=1244